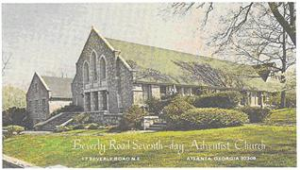 The Seventh-day Adventist Church in Atlanta, Georgia started over a century ago when George King and Dr. C. F. Curtis began a Sabbath School with six adults and six children. In 1888, a church was organized by pastor S. H. Lane. The fifteen charter members held their first services in a tool shed at the corner of South Boulevard and Bryant Street. From that humble beginning, the church has expanded until today Seventh-day Adventists in the greater Atlanta area number more than 7,000 in 26 churches. 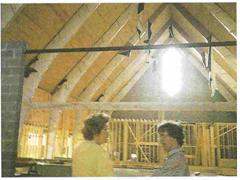 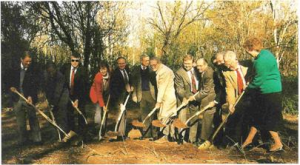 On November 29, 1987 the church held the groundbreaking ceremony for the new Atlanta North Church located at 5123 Chamblee-Dunwoody road in Dunwoody, Georgia.